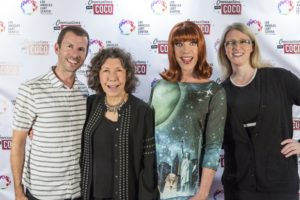 I will have more news soon, but I wanted to let all my backers know that last’s night’s pilot was a remarkable success! Lily gave the packed house an unforgettable night, and our production team turned your generous backing into Hollywood magic! I’m so glad some of you were able to travel to the event and say hello after the show.

Next step is to try to distill Lily’s remarkable 50-year career into an hour-long pilot. We have so many wonderful stories to choose from!

As you probably know, some rewards will be shipping in the coming months. If you are not sure when you can expect your reward, simply go to this link:

Find your Conversations with Coco backing level, and the estimated delivery date will be listed below.

Lily Tomlin and Coco Peru. In other words…. dreams sometimes do come true.

and the entire Conversations with Coco team

Join us for this one-night-only event as Miss Coco Peru welcomes the one-and-only Lily Tomlin to the Renberg stage! This event will sell out – get your tickets now at lalgbtcenter.org/coco. 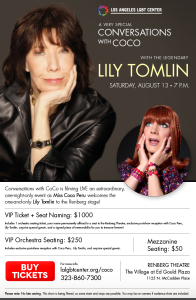 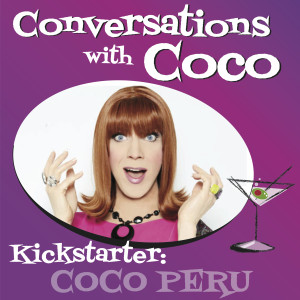 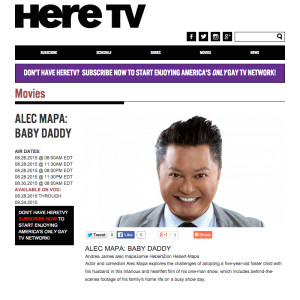 Alec Mapa: Baby Daddy premieres on Here TV Friday, August 28. Check their schedule or watch it on Video On Demand any time between August 28 and September 24.

Here TV is available as a 24-hour premium television channel as well as a subscription Video On Demand service. To subscribe to Here TV, click here. 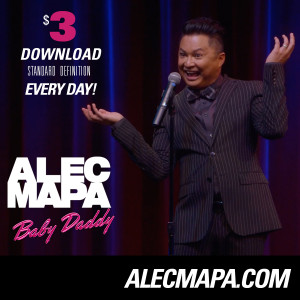 By request, we’ve made a standard definition download that’s 75% smaller and downloads 4 times faster. Perfect for watching on mobile devices and laptops. We’ve even set it at the low price of $3! Get yours today on our store page:

Showtime Network recently made a deal to distribute their content to Hulu subscribers, and Alec Mapa: Baby Daddy is now available on Hulu:

“Baby Daddy” is full of adult humor. However, Mapa gets serious several times when he talks about social workers, including the story of how a chance phone call made by a social worker united he and his husband with Zion after they had given up hope they could be his parents.

Go here to watch the trailer of “Alec Mapa: Baby Daddy” and find out when it is airing on Showtime and how you can watch it on demand. And to learn more about how social workers build families through adoption visit the National Association of Social Workers’ “Help Starts Here” Adoptions and Foster Care website. 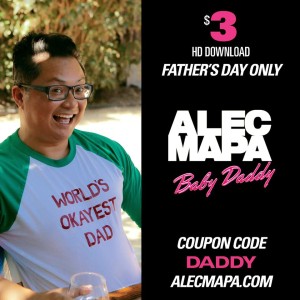 To celebrate Father’s Day, we’ve cut the price for our hilarious comedy special on gay fatherhood! Just use coupon code DADDY to get the special for just $3!

If you didn’t catch it on Showtime, or did and can’t get enough, you can now download our comedy special in beautiful, HD quality for only $5.oo!  Join Alec as he takes you on a hilarious and touching journey into fatherhood after he and his husband adopted a 5 year old foster child. 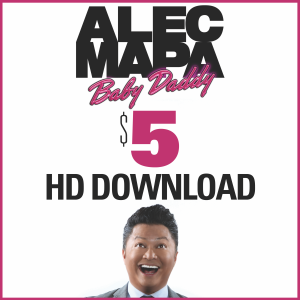 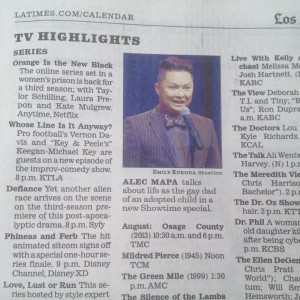 ALEC MAPA Talks about life as a gay dad of an adopted child in a new Showtime special.