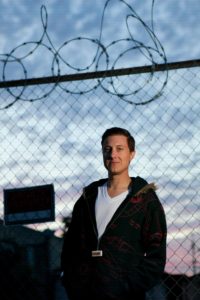 Becoming a Man in 127 EASY Steps is a filmed interpretation of Scott Turner Schofield’s boundary-pushing, world-toured, award-winning performance piece embodying the experience of becoming a man.

We are producing this film for release in 2018.

We are currently raising funds to produce the film.
Please click here to visit 127steps.com and find out how you can help us today.

Scott is an award winning actor and diversity speaker.

His purpose in life is to inspire Hollywood, your school, your job, and your family to embrace transgender people.

One of his generation’s trailblazers in the movement for transgender liberation, since 2002 Schofield has used a successful mix of storytelling and advocacy to change policies at educational institutions, corporations, and spiritual centers. Using his gift for building bridges in traditional and conservative communities, he continues to take action in the movement toward full civil rights and social acceptance as a consultant, coach and spokesperson.

After 12+ years as an internationally- acclaimed theatre artist, Schofield became the first openly transgender actor on daytime television, and the first female-to-male person in a major recurring role on broadcast TV as Nick on CBS’s The Bold and the Beautiful. Poised to follow the trajectory of former soap stars Leonardo DiCaprio and Brad Pitt, Schofield hopes to transition to the silver screen as film’s first leading (trans)man.