Actor and comedian Alec Mapa, who starred in “Ugly Betty” and makes regular appearances on ABC’s “Switched at Birth,” is among thousands of gay parents in Los Angeles. He adopted his son Zion, 9, four years ago with husband Jamison Hebert. 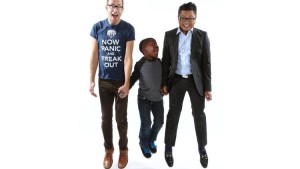