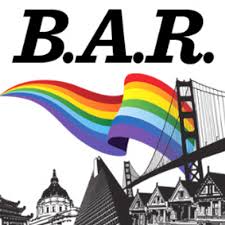 In Andrea James’ intimate voyage into the life of queer Filipino-American standup comedian Alec Mapa, we witness a small domestic meltdown as Papa Mapa reads the paper and his husband supervises their spirited 9-year-old adopted African-American son in the making of waffles. “I think the waffle iron just broke.”

James’ doc skirts Robert’s Rules of Order for LGBT standup comedy films with frequent peeks at the happy chaos within this three-person, three-race household. The successful TV star (Ugly Betty, Desperate Housewives) employs a vivid if profane vocabulary to convey the stresses and strains of a Hollywood career when you’re also a same-sex couple trying to navigate the LA County child-adoption program. Mapa movingly and hilariously depicts the joys and anxieties he and doc-maker hubby Jamison Hebert endure bringing the child Zion into their lives. At a time when parenting is Topic A in many LGBT households, this mixed-genre doc is both funny and food for thought. (Victoria, 6/22)