See which films made the cut.

It has been a stellar year for cinematic storytelling of the LGBT community. This year’s best documentaries feature a variety of fascinating subjects, including Prop. 8 plaintiffs, gay dads, a bank robber, gender outlaws, and an Olympian. See The Advocate’s top 10 picks below. 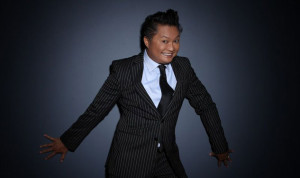 Alec Mapa: Baby Daddy
As “America’s Gaysian Sweetheart,” comic performer Alec Mapa has forged a funny and fruitful career on shows like Ugly Betty and the Logo stand-up comedy series Wisecrack, in which he draws material from his life in show business and his experiences as a gay Filipino-American. However, his greatest challenge and accomplishment to date is featured in his latest documentary,Alec Mapa: Baby Daddy. It tells the story of Mapa and his partner, Jamison Hebert, as they foster and then adopt their son, Zion. Framed by scenes of life in their L.A. home, the film centers on Mapa’s recent show at the Los Angeles LGBT Center, where he shares the trials and joys of foster care and parenthood with humor, wisdom, and love.
Read the rest
Tagged on: Alec Mapa: Baby Daddy, Andrea James, Daniel Reynolds, Jamison Hebert, LGBT, The Advocate
By admin | December 24, 2014 | Alec Mapa: Baby Daddy, Awards, News, Reviews |